Everything You've Ever Wondered About Roundabouts

There was once a time when roundabouts were all but absent from American roadways. But over the past decade or so, these circular intersections have seemed to pop up everywhere, from small rural towns to bustling urban centers.

This has left many drivers wondering: why are there so many new roundabouts, and why are they replacing tried-and-true stoplights?

To help answer these questions—and more—here’s everything you’ve ever wondered about roundabouts.

What Is a Roundabout?

According to the U.S. Department of Transportation, a roundabout is a type of intersection that is specifically designed to help control the flow of traffic. It features a circular roadway that goes around a raised central island. Roundabouts are engineered to allow for a smooth, constant flow of traffic from all directions. This makes them different from traffic circles, which are circular intersections that require drivers to stop before entering.

How Do Roundabouts Work?

If you’ve ever wondered about how to drive in a roundabout, you’re not alone. Let’s look at a basic overview of how roundabouts work. Drivers enter the intersection by first navigating a gentle curve. After yielding to traffic already in the roundabout, they enter the circle. Then, they drive around the circle in a counterclockwise direction until exiting at their desired roadway. When using a roundabout you should try to enter and exit the intersection without coming to a complete stop.

Who Has the Right-of-Way in a Roundabout?

If you’re unfamiliar with roundabouts, it can be confusing to determine who must yield. (Case in point: remember that scene from National Lampoon’s European Vacation where Clark Griswold gets trapped in a British roundabout for hours?) But the rule for determining right-of-way in a roundabout is actually pretty simple: the vehicle entering the roundabout should always yield to cars that are already in the circle. To show where entry to the circle begins, most modern roundabouts feature a dotted yield line at each entry point.

Who Invented the Roundabout?

The origins of the roundabout aren’t as simple as you may think. That’s because circular junction intersections have been around for centuries—long before motor vehicle traffic was ever a consideration. For example, the Place Charles de Gaulle (or Place de l’Étoile, for you French speakers) surrounding the famed Arc de Triomphe in Paris, France, dates back to 1780. The first modern traffic circle is said to have been constructed in Germany in 1899. And the first roundabout on American soil was Columbus Circle, in New York City, designed by William Phelps Eno in 1905.

Are Roundabouts Safer Than Other Intersections?

In short, yes. The reason more roundabouts are starting to appear across the United States is because they’re proven to be significantly safer than standard intersections that rely on stop signs or traffic lights. However, it’s worth stating that in instances with highly variable flow and speed limits, traffic lights are still safer.

According to the Insurance Institute for Highway Safety (IIHS), studies show that intersections in the U.S. that have been converted from traffic signals or stop signs to roundabouts have reduced injury crashes up to 80 percent, with a total crash reduction of up to 47 percent. There are several reasons for this:

Why Are More Cities Installing Roundabouts?

In addition to the safety features mentioned above, there are other benefits to choosing roundabouts over signaled intersections:

Because of these factors, a 2004 study conducted by the IIHS estimated that converting just 10 percent of the signalized intersections in the U.S. to roundabouts could reduce vehicle delays by more than 981 million hours and lower fuel consumption by more than 654 million gallons in a single year!

How Many Roundabouts Are in the U.S.?

Full Circle Coverage You Can Rely On

Beginning to end, you have our full attention and tireless efforts. At Erie Insurance, our agents are knowledgeable, caring people you can rely on. Together, we take responsibility for every measure of your satisfaction, from the first question to the final follow-up.

Haven’t heard of us? Erie Insurance started with humble beginnings in 1925 with a mission to emphasize customer service above all else. Though we’ve grown to reach the Fortune 500 list, we still haven’t lost the human touch.

Contact Priority Insurance Agency today to experience the ERIE difference for yourself. 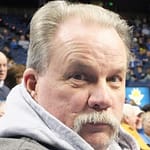 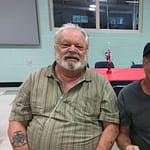 ... And she is great to do business with!Robert C., Somerset, KY 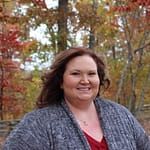